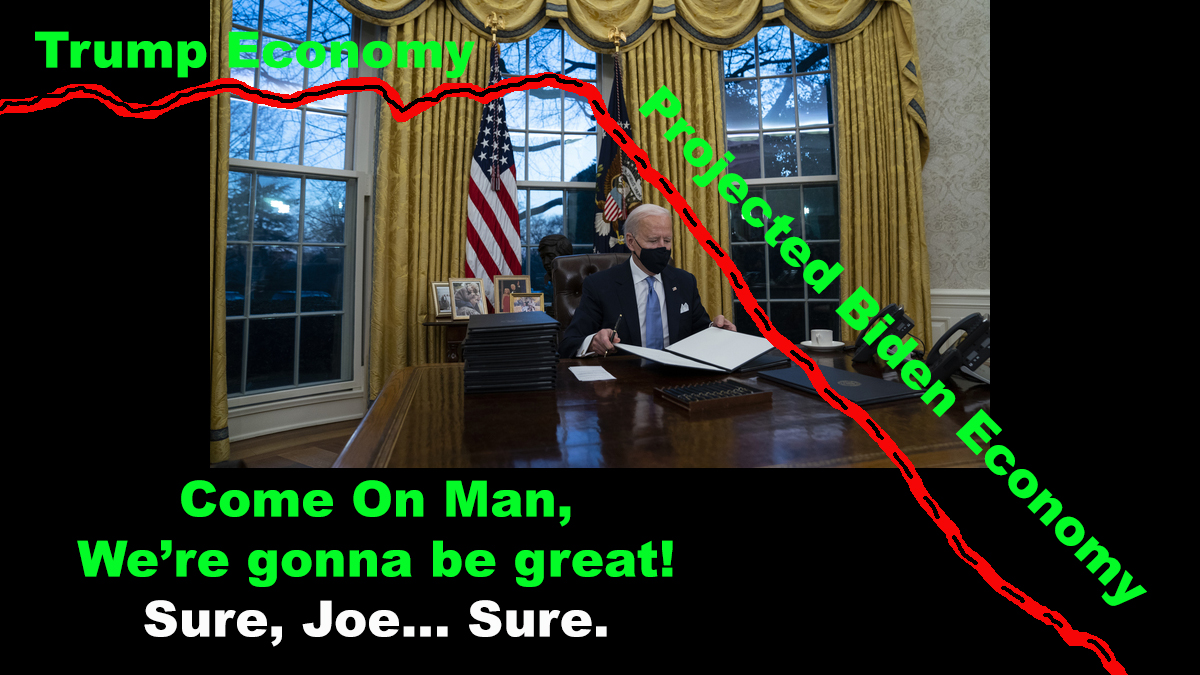 Many voters who voted for Biden thinking they would be getting $2000 checks, $15/hr minimum wage and student loan forgiveness, dislike the direction the imposter president is attempting to take this country.

Nearly everything the Big Guy promised, has been backtracked, ignored or changed, in between early lids and Mario Kart. Higher gas prices, reversal of Trump’s lowered insulin prices and Biden’s seeming to care more for others than for us, are just a few of the reasons people are showing ‘voter remorse’ over their blind support for the new President-Select.

Everyone knows that the Democrats ‘fortified the election … to many on the right that equates to stealing it. Even mainstream Democrat voters are admitting they are upset at what their party has done and what they are now doing country. The rank and file Democrats in our country are quickly realizing they have been duped and used.

Below are just a few examples of the people running from the Communist Regime of the Biden Administration.

This Biden Voter says his party is dead. Ya think??
The Commie left has taken it over… the Right knew this was going to happen. Conservatives say Democrats wouldn’t listen to us while we could communicate with them, then we were censored to the point our message could not be heard. Hypocritical seems too light a word when discussing the leftist Democrat Party and the state-run ‘Pravda-like’ mainstream media.

Watch the video below for a glimpse into the hypocritical world of the Democrat Party as posted by this Biden voter.

[The fact they are saying]… most reasonable thinking Democrats know Joe Biden didn’t win the election” [gives hope our country might be able to bail this sinking ship after all].

Even though this Democrat says he knows Biden lost the election, he is still clinging to 80 Million votes. I know… Rome wasn’t built in a day… slowly, they are beginning to wake up. Finally…..

Even members of BLM are regretting their support of Joe Biden. It makes you wonder how so many people could not know what Biden and his ‘handlers’ planned? Then, Time magazine prints their confession. The media suppressed the stories, they steered public opinion, they changed laws, often against State Constitutions and the will of the people, and they hired an army of volunteers who would get Biden elected “by any means necessary”.

People on the right tried to warn them … Big Media and Big Tech play a major role in treason and coup committed against the American Public.

The man [Biden] won’t even give struggling Americans a one time $2k check but he’ll gladly approve billions daily on pointless foreign wars.

The Dem party is rotten and working people know it.

The crime perpetrated upon the American public by the MSM and Big Tech must not go without justice. This next quote speaks volumes on the left’s plan to take away all truth in the information the left ‘allowed’ out by their disinformation campaign put forth by their promotional arm, the mainstream media.

This is at the heart of why free speech and the market of ideas are so important. We must have an informed public, and why we need a ‘free press’ that actually knows how to stay neutral and only report the real facts on the ground.

Commisar_Doge_Martov on Twitter hit the nail on the head, again exposing the lefts use of MSM and Big Tech tyrants destruction of our great President Trump, spewing their hate and lies for 5 years.

I would think the Democrats should be even more upset at the games their party is playing … they were deceived and made to look like fools. Honestly, they are fools.

Conservatives knew the truth all along. I would not be surprised if these Democrats without a party come over to the right side and help push out this illegitimate regime.

A theme among these Biden voters is the SPEED at which they realized they had been lied to by the “FAKE NEWS” and their politicians. Amazing they aren’t screaming about it more loudly (yet).

Conservatives need to remember that once the truth is revealed, to give the run-of-the-mill Democrat citizen a pass, have compassion, and explain what went wrong. Their Democrat heads might very well explode.

It has been said that we who have been awake must help those who are just waking up, to understand, and cope. We need to welcome them back to the Land of the Free.