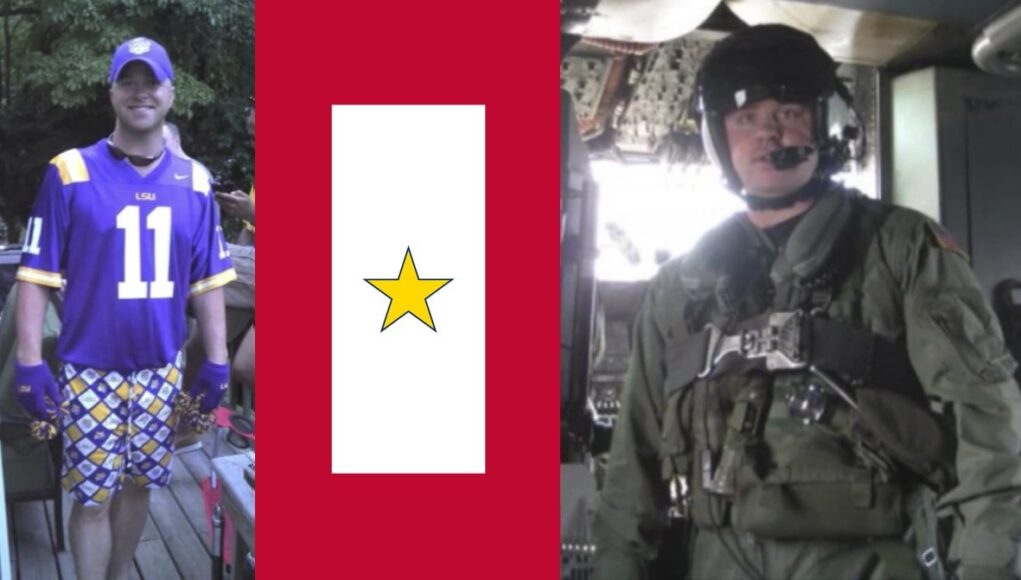 United States Navy Air Petty Officer 1st Class, Joseph “J.P.” Fitzmorris was assigned to Helicopter Mine Countermeasure Squadron 15 based in Norfolk, Virginia and operated out of Bahrain in support of the Global War On Terrorism. In July of 2012, the Royal Air Force of Oman requested the help of the U.S. Navy with help removing a twin-engine helicopter that had crashed in a rocky ravine about 60 miles southwest of the capital Muscat. The commander at the time hand-picked a crew of her most experienced aviators to airlift the downed helicopter. “Fitz” (as he was more commonly referred) and the rest of the MH-53E Sea Dragon crew arrived at Al-Mussanah Air Base in Oman the day before to plan the mission.

A YouTube video (since removed) showed on July 20, 2012, the MH-53E Sea Dragon hovering above the canyon floor while the ground crew attached the hooks to the downed Omani helicopter. The Sea Dragon then the rose above the canyon with the smaller helicopter dangling below. In the incident report, it was stated the helicopters had not traveled far before the Sea Dragon’s tail began to drift. The aircraft narrowly cleared a cliff after a member of the crew told the pilots to “pull power”. However seconds later, the chopper began to spin counterclockwise as the tail rotor lost power. Panicked crew members shouted orders to drop the load and abandon the heavy-load mission. Tragically before they could, the chopper’s tail hit the ridge, and the Sea Dragon careened into the side of the canyon, landing upside down and eventually bursting into flames.

These men and Sailors were the best of us here at HM-15. They were honorable men, dedicated to their families, talented and professional Soldiers, and true patriots. They certainly were the best America had to offer.

JP was born September 13, 1980 in Shreveport, Louisiana. He is a 1999 honors graduate of Ruston (LA) High School where he was a three-sport letterman in baseball, football, and track, and a 2003 graduate of Louisiana Tech University, with a B.S. degree in Kinesiology and Health Promotion. He was also working on his Masters of Science in Kinesiology at the University of Louisiana Monroe, when he made the decision to enlist in the United States Navy in 2004.

He was a veteran of several deployments to the Persian Gulf and participated in humanitarian relief efforts following the 2010 Haiti earthquake. JP married U.S. Navy Ensign Jacqueline (Jacquie) Gulla on February 19, 2012, shortly before deploying to Bahrain with his squadron.

JP was a lifelong resident of Louisiana. He was a talented athlete and avid outdoorsman, who absolutely loved to duck and deer hunt, fish, and cook what game he killed or caught. Above all J.P. loved spending time with Jacquie, his shipmates, friends and family, and JP was a purple and gold hemorrhaging LSU Tiger Football fan. He was a member of Ducks Unlimited, Pi Kappa Phi Fraternity, and Trinity United Methodist Church.

On August 25th, 2017, Petty Officer 1st Class Joseph “JP” Fitzmorris was posthumously presented with the Louisiana Department of Veterans Affairs’ Veterans Honor Medal, which is awarded to Louisiana veterans who have been honorably discharged or killed in action.

On this Memorial Day weekend, TWP sends our most heartfelt thanks and prayers to Air Petty Officer 1st Class, Joseph “J.P.” Fitzmorris, his crewmate Chief Petty Officer Sean “Sully” P. Sullivan, and their families for their sacrifice on behalf of the Greatest Nation on Earth and the Hope of All Mankind.