Home Crazy Random Piles of Bricks Show up at Riots, but not Covid-19 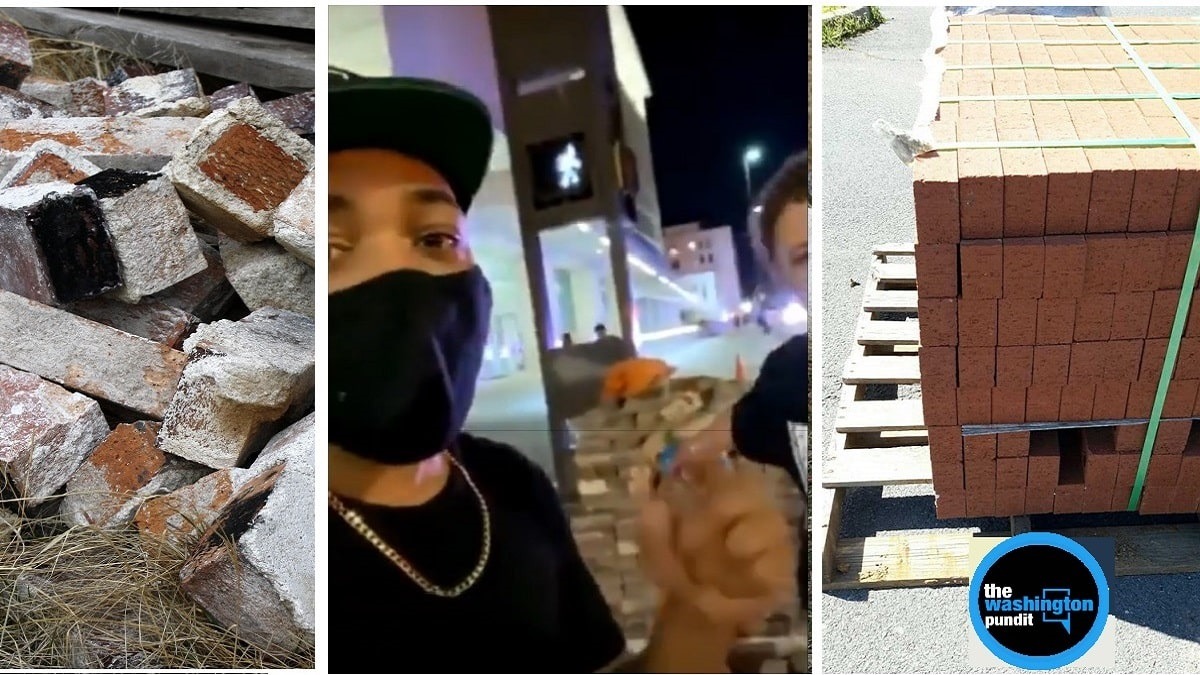 We are now into the seventh day of unrest over the unnecessary killing of George Floyd by police officers in Minneapolis on May 25th, 2020. While these protests began as vigils in support of Black Lives Matter, they’ve turned into mayhem and have spread to nearly every major city in the country.

There are still peaceful protesters exercising their 1st amendment rights, but there are also signs of coordinated violence, looting and destruction of property. In support of this fact are several town officials who believe most of the bad actors are coming from ‘out of town” in many instances. This fact is supported by arrest records, which show that many of those taken in at riots around the country have addresses in other towns, cities and states.

The left blames the right and the right blames the left. Of course, the left fails to ever mention that just over a week ago, there we mass protests against the Covid-19 lockdowns, which were mostly attended by conservatives, often exercising their 2nd amendment right to bear arms. Yet, there was no violence, there was no looting, and there was no destruction of property.

So what’s the difference? Why now are these mass riots occurring? Why aren’t government officials up in arms over the lack of social distancing, masks, or any worry over the spread of Covid-19? And why are there reports of piles of bricks, sometimes pallets of bricks, randomly placed in city centers where unrest is likely to occur?

At least one YouTube compilation shows several instances of random brick stashes conveniently placed in downtown Dallas, where protesters can get to them and use them to break windows, damage cars or throw at police.

Several users on Twitter have shared random pallets of bricks from their own locations including Minneapolis, Minnesota;

And, Manhattan, New York, to name a few.

Bricks were even reportedly being given out to people at the protests and at least one woman gave hers back and gave the riders in the car a piece of her mind (explicit language warning).

Surely, in one of these cities there’s video of these bricks being delivered so that this mystery will be solved. The question remains, will city leaders be curious enough to explore the issue and do the detective work? What do you think?