Home 2020 Election Calculating Voter Fraud: How One Vote Can Count As Two 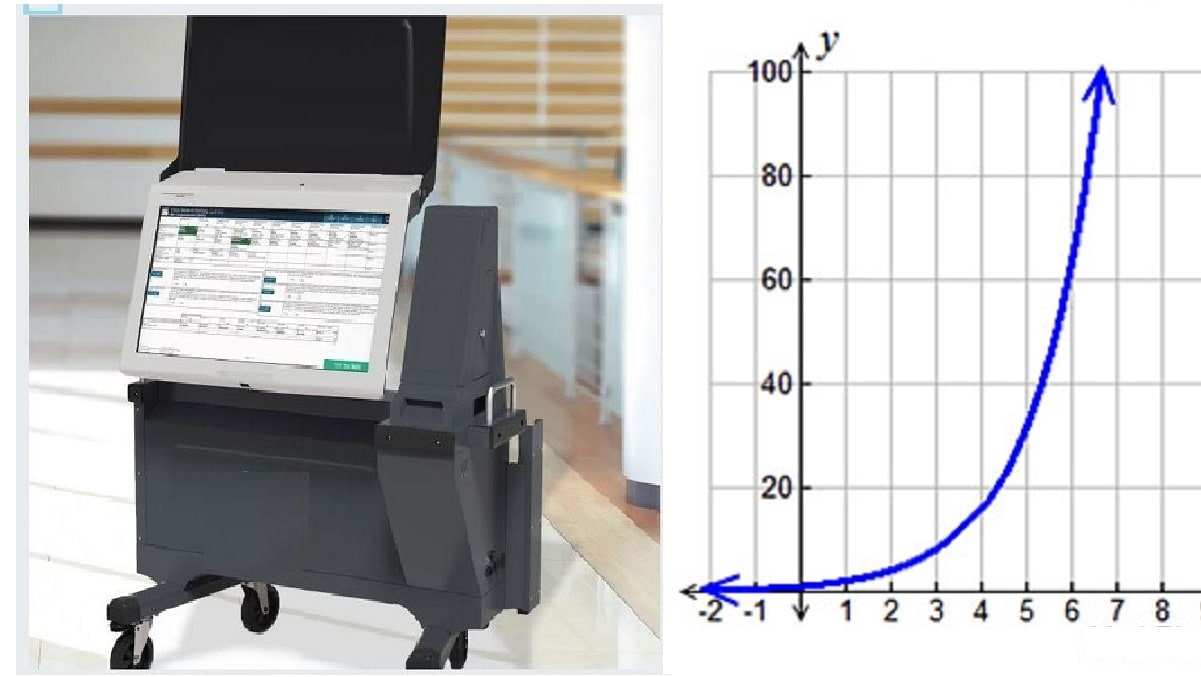 As we are all aware there has been plenty of talk of irregularities in the 2020 election. Everything from dead people voting to more ballots than registered voters have been reported. Statisticians such as The People’s Pundit, and others have studied election data that is publicly available and found several statistical improbabilities. TWP recently reported on one affidavit acquired by the Trump legal team, where the witness testified to the statistical impossibility of vote counts performed in Michigan.

But one thing that most experts aren’t talking about are the impacts on the election results caused by different types of voter fraud. Here we look into vote switching, an assertion that is currently in play by the Trump campaign. The allegation, to which they claim to have evidence, is that changes to computer algorithms appear to have been programmed into voting machines, creating vote weighting or vote switching events.

At least one instance of such a switch has been identified, in which a precinct in Michigan reported 6000 votes that should have been logged for Trump, but were switched to Biden. Michigan authorities attributed the mistake to a software ‘glitch.’ They later amended their statement, blaming a poll clerk for forgetting to update the tabulating machine’s software. That still doesn’t make sense to us, but its their story and they’re sticking to it.

While perusing social media we ran a cross a comment that struck our interest so we decided to follow up and explore it’s meaning and it’s consequences in a real life scenario. Twitter user George Lowrey, an attorney, tweeted a response to a thread about voter fraud where he said,

It is important to remember that a flipped vote counts twice as much as a found vote in determining the gap between two candidates’ vote totals. So find the flips!

We asked Lowrey to explain what he meant. That’s when @DreamWeaver18 answered,

In other words, for every flipped vote, stolen from your opponent, you get one vote and your opponent loses one, putting him 2 votes down for every vote flipped. “Counter Moves” jumped into the conversation with a nice concise example of how flipping votes grows the lead gap exponentially.

Compare the flipped vote scenario to a ‘found’ vote that is cast for a candidate, whether it be a true vote or a fraudulent one. If each candidate has 2 votes and we find 1 vote for one of them, but not the other, the one candidate now has 3 votes and one has 2. The effect is not as detrimental as a flipped vote. The takeaway here is that it is most advantageous to ‘cheat’ in an election by flipping votes from one candidate to the other.

One can now see how this simple trick could have a significant impact on the vote gap between candidates. Amplified on a statewide or national level, it could certainly win a candidate the election. So, the key to finding the most advantageous election fraud appears to be to “find the flips.”