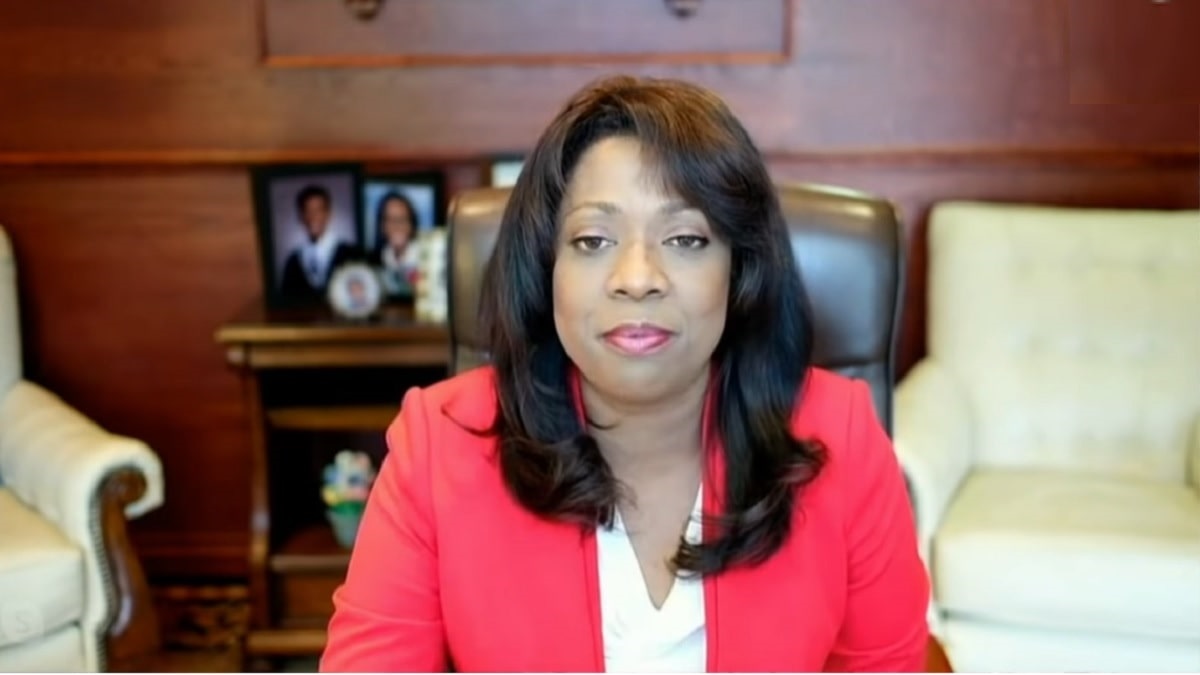 Leslyn Lewis is a Canadian attorney and former Conservative Party of Canada candidate. She was the first minority woman to run for a seat in Canada’s federal Conservative Party leadership. But, she only placed third in the 2020 election.

In an op-ed for the The National Post, entitled There is a socialist coup unfolding in Canada, and we taxpayers are funding it, she wrote,

Canada is quietly going through a socialist coup.

If I had written these words just one year ago, it would have been deemed conspiratorial. But I have heard from too many Canadians over the past six months about what they have seen taking place. Ever since Justin Trudeau tried to grant himself king-like powers at the beginning of the COVID crisis, what we have been witnessing in Canada is a socialist coup that we, the taxpayers, are funding.

Canada has started on a perpetual debt scheme reminiscent of Argentina.

She expressed concern over  COVID relief funds spilling into “non-health-related issues”, such as “green energy initiatives”, poverty and inequality. It can be argued, and certainly has been, that COVID lockdowns have actually increased world poverty, homelessness and inequality. Eight million Americans alone have reportedly slipped into poverty since the pandemic began.

Justin Trudeau recently made an appeal in a speech to the United Nations, in which he claimed that the COVID crisis was an opportunity for governments to ‘reset’ as a means to ‘build back better’ and accelerate their 2030 agenda.

This pandemic as provided us an opportunity for a reset. This is our chance to accelerate our pre-pandemic efforts to re-imagine economic systems that actually address global challenges like extreme poverty, inequality, and climate change.

[He] has stated clearly that he wants Canada to be a “post-national” country. He is perceived as an evangelist for a new type of 21st-century socialism — a quiet and bloodless revolution that seeks to control our lives through economic dependency.

Lewis also points out bureaucratic inconsistencies that have made it difficult for mom and pop businesses such as restaurants and grocery stores to operate, but allowed larger corporations to remain open. She points to a plan by the Canadian left to provide a guaranteed annual income of $24,000 to “able-bodied, working-age Canadians”, which would cost Canadian taxpayers  $464.5 billion per year. This is why they are allowing small businesses to fail. They want to make average working-class citizens dependent on the government, which also translates to under government control….and the voters are buying it.

We’ve committed hundreds of millions of dollars to helping other countries fight COVID-19 while still having insufficient testing for Canadians; we still lack proper supports for small businesses and farmers to get through the pandemic; and we are essentially threatened that if we do not support the unjustified spending, all government support will disappear.

Lewis surmised that under the new paradigm that some would call “democratic socialism”,

there is no need to confiscate your property — they can simply redistribute your wealth through a home equity tax, confiscate hunting firearms that were legally purchased and owned, increase a ubiquitous carbon tax, or even potentially confiscate a portion of your retirement savings through a new tax on the private sale of your home.