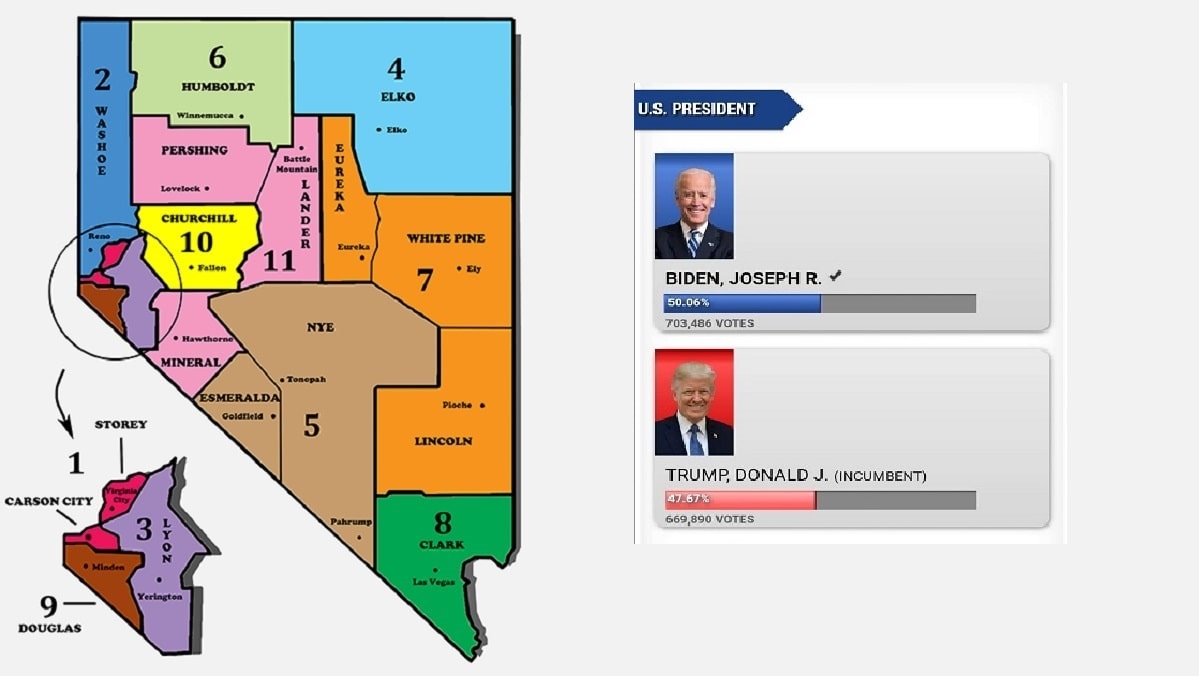 According to data from the Nevada Secretary of State website, the total ballots Cast on November 3rd was 1,327,394.

Here’s a close up look at the relevant number in the chart.

That is 45,982 more votes that the Secretary of States website says were cast in the entire election.

So who got the extra votes? Let’s do some more math!

Now if we add the ‘actual’ number of Biden votes to the original number of votes tallied for President Trump (657504 + 669,890), we get the actual number of votes as 1,327,394, which is the exact number reported on the Nevada Secretary of State website.

The numbers as officially reported on the Silver State website, show Joe Biden with a +33,596 margin over President Trump. But, we can see from the calculations that somewhere along the line the additional 45,982 votes were given to someone. If we presume they were all given to Biden, President Trump actually leads by a margin of 12,386 votes if they are removed.

Obviously, we currently have no way of knowing who received the extra votes of if they truly are extra votes. There may be time discrepancies between the data on the two websites. There may also be mistakes caused by human error. There are also third-party candidates who received approximately 2.27% votes in Nevada, which are not accounted for in these calculations. Finally, the equation also works if you take all the votes away from President Trump’s total.

Whatever the reasons and the implications of this information, Nevada has some explaining to do about why their numbers don’t add up.