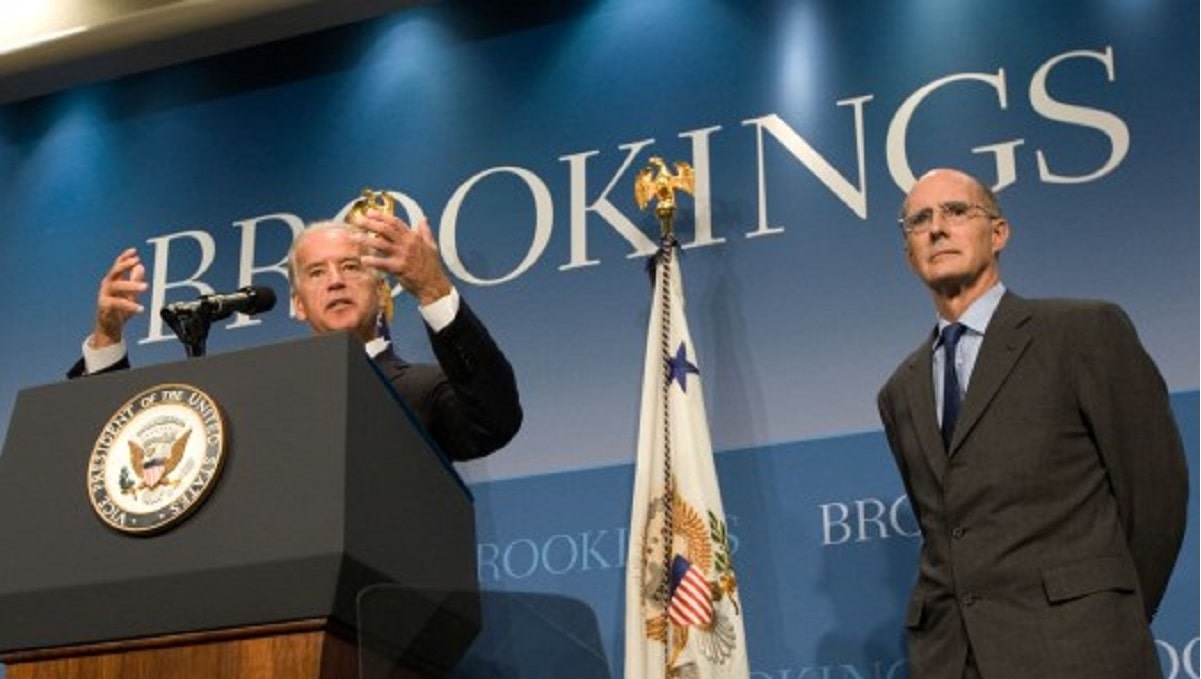 Hart InterCivic, a Texas-based company, had voting machines used in some Michigan and Georgia counties where voter fraud was reported to have occurred.

Why did enlightenment capital with co-founder Devin talbott son of Strobe talbott who was pushing the Russian narrative and had the fake spy working at his [Brookings Institute] (sic) bought Hart in 2020?

According to financial records, Enlightenment Capital,

[is] an aerospace, defense, and government-focused investment firm, announced that it has made a strategic investment in Aurora Flight Sciences, a world leader in unmanned aircraft systems (UAS) and autonomous flight technologies for military and commercial customers.

It’s interesting that this company would suddenly be interested in owning voting machines.

Enlightenment Capital was co-founded by Devin Talbott. Devin is the son of Strobe Talbott, former deputy secretary of state in the Clinton administration and now president of the Brookings Institute.

Strobe Talbott is still a well-known friend and confidant of Bill Clinton and the Rockefellers. He was also a major peddler of the Russia Collusion hoax. Brookings even had “Russian spy” and CIA asset, Igor Danchenko working at Brookings. Danchenko is the suspected source of the information which was compiled into the Steele Dossier.

Steele even testified that he was contacted by Strobe Talbott during the summer of 2016 about his investigation into Donald Trump, after Talbott had been notified about the probe by Obama administration officials.

Marie Yovanovich, former Ambassador to Ukraine and key Trump impeachment witness also had links to Brookings. She is also suspected of misleading Congress about her knowledge of the Burisma scandal involving Hunter and Joe Biden.

The Brookings Institute is known as a “deep state hub“. The group has been inextricably linked to the Russia Collusion Hoax, the Ukraine Impeachment Hoax, and China spying in the United States.

In 2015 Brookings Institute had Joe Biden speak on the conflict between Ukraine and Russia. Biden oversaw Ukraine for the Obama administration.

To recap … the son of Strobe Talbott, a key figure in the Russia Collusion hoax and former executive in the Clinton administration, has his son purchase a voting machine company 4 months before the 2020 elections and those machines show a rate of 6% greater votes for Joe Biden in counties where they are used …