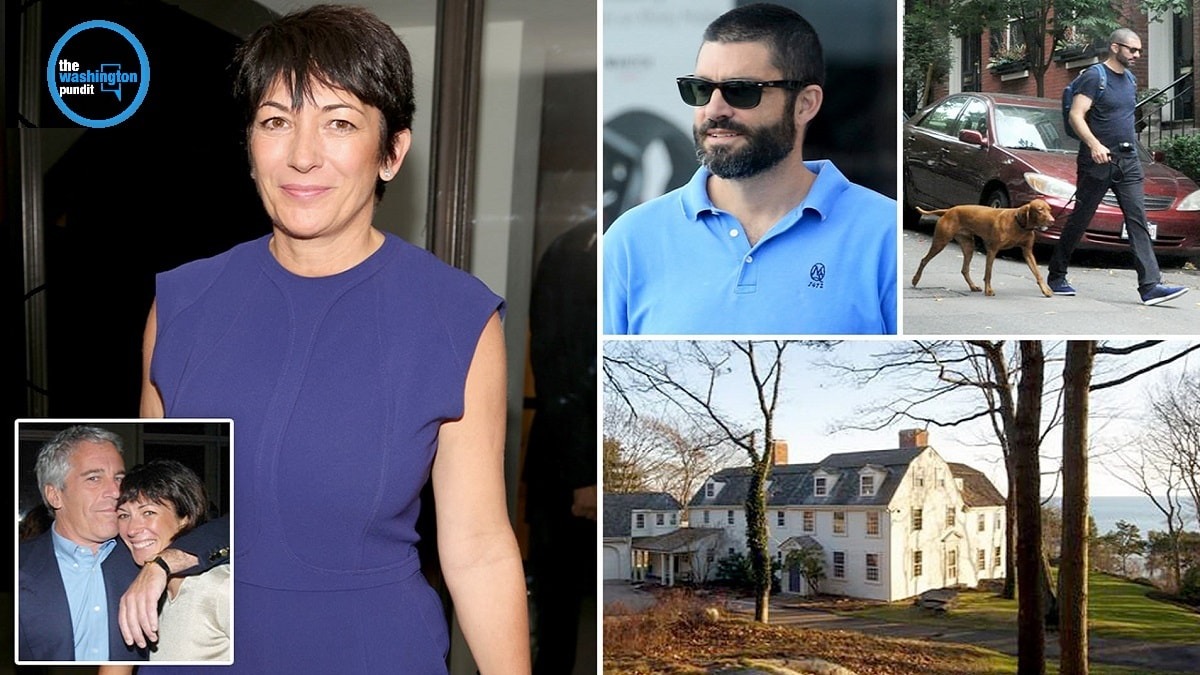 Ghislaine Maxwell, long-time consort of Jeffrey Epstein and the alleged procurer of victims in his underage sex trafficking ring, has been laying low in a New England beach town, DailyMail.com has learned exclusively.

Maxwell, 57, is in a relationship with Scott Borgerson, 43, and has been living with him at his secluded oceanfront property at the end of a long private road in Manchester-by-the-Sea, Massachusetts.

The British socialite has been loath to leave the $3 million mansion, a source told DailyMail.com amid heightened focus on Epstein’s alleged co-conspirators following the convicted pedophile’s apparent suicide on Saturday.

‘She’s become a real homebody, rarely ventures out. She’s the antithesis of the woman who traveled extensively and partied constantly with Epstein,’ said a source familiar with Maxwell’s new life.

The British socialite has been reluctant to leave the $3 million mansion (pictured), which is surrounded by trees and at the end of a long private road, a source told DailyMail.com.

The property is owned by her tech CEO boyfriend Scott Borgerson, 43, who has been seen running errands in the area and walking Maxwell’s dog.

Little was known of Maxwell’s whereabouts since she was last seen publicly three years ago as a multitude of reports claimed she had been living abroad, perhaps in London.

Her former townhouse on the Upper East Side of Manhattan was sold for $15 million in 2016, by a company with the same address as Epstein’s New York office.

The spotlight has now swung to Maxwell, and other alleged co-conspirators of Epstein, following the convicted pedophile’s apparent suicide in a Manhattan jail cell on Saturday.

Attorney General Bill Barr issued a stark warning to Epstein’s cronies on Monday and made clear that federal investigators were coming for them.

‘Let me assure you that this case will continue on against anyone who was complicit with Epstein. Any co-conspirators should not rest easy,’ Barr said. ‘The victims deserve justice and they will get it.’

Epstein, 66, was accused of arranging for girls, some as young as 14, to perform nude ‘massages’ and other sex acts, and of paying some of those girls to recruit others, between 2002 and 2005.

Epstein had employees who helped bring him girls, prosecutors have said, though none have been criminally charged.

Maxwell, 57, described as the ‘madam of the house’ by a former housekeeper at Epstein’s mansion in Palm Beach, Florida, has strenuously denied any wrongdoing but reports now suggest she may be ready to co-operate with the authorities.

However, following Epstein’s death, legal sources have said that many of those deals could now be off the table.

Former federal prosecutor, Jacob S. Frenkel, told the AP: ‘Those who had leverage as potential cooperators in the case now find themselves as the primary targets.

‘They no longer have anyone against whom to cooperate.’

Maxwell’s lawyer, Jeff Pagliuca, has not responded to requests for an interview with Maxwell by DailyMail.com.

The socialite’s New England hideaway is an imposing three-story colonial property with five-bedrooms, wraparound terraces and sweeping grounds which reach to the ocean. The property is owned by tech CEO and maritime academic Dr Scott Borgerson.

Borgerson was seen by DailyMail.com in July running errands in the affluent community of Manchester-by-the-Sea, a half-hour drive from Boston.

Later, he was seen walking Maxwell’s dog on Boston Common near his apartment where he lives during the week while running his company, Cargometrics, an investment management firm that specializes in analyzing data on global shipping.

The former Coast Guard officer, is also a member of the Council on Foreign Relations. He was married and is believed to have two children.

Borgenson did not respond to DailyMail.com’s request for comment when first contacted, but following publication he claimed: ‘I’m traveling abroad for business. Ghislaine Maxwell is not at my home and I don’t know where she is.’

Maxwell has not been seen publicly in around three years since she faded from the New York social scene she once reveled in with Epstein.

Maxwell is the youngest child of the late newspaper magnate Robert Maxwell. She attended the boarding school Marlborough College in Wiltshire, England, a favorite of the British elite, and went on to study at Oxford University.

In her twenties, she was a well-known face on London’s social scene and founded the Kit Kat Club, an alternative to the old-school-tie network for high-powered women.

She worked for her father’s newspaper, The European, and as the director of Oxford United Football Club while her father was owner.