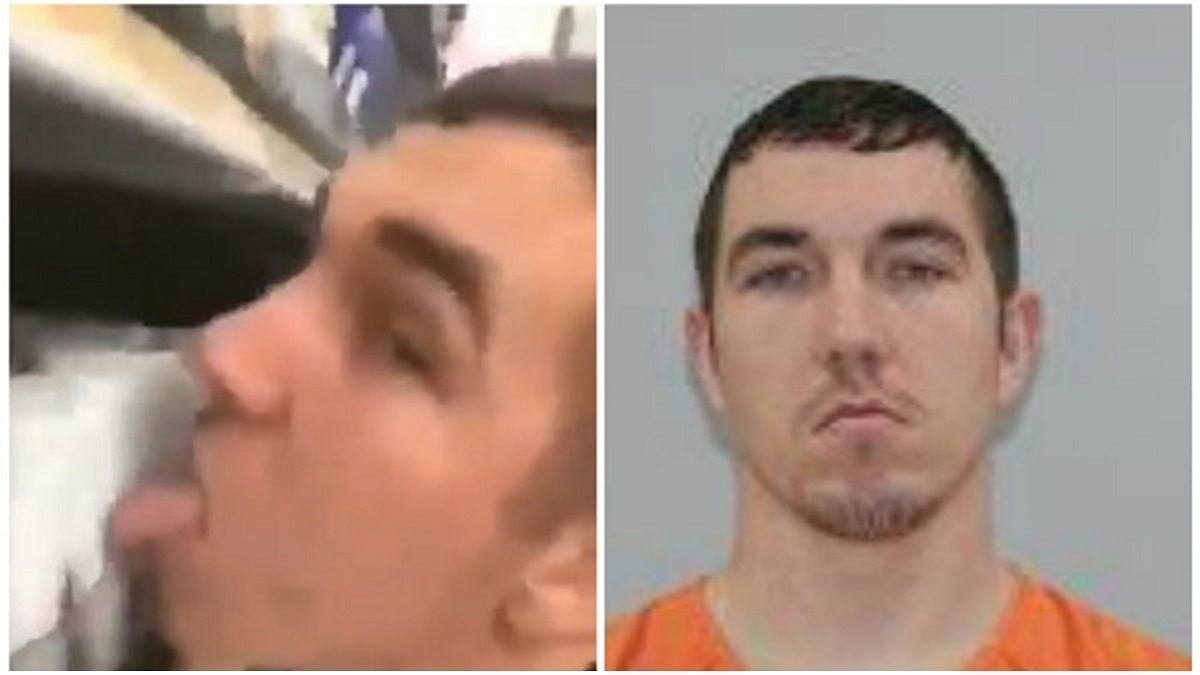 This is at least the second instance in which someone claiming to be infected with Covid-19 has made video of them in public with the intent of infecting others with the virus.

According to a report for The Riverfront Times:

A Warrenton man was charged with making a terrorist threat after he filmed himself licking bunch of items at Walmart.

“Who’s afraid of the coronavirus?” Cody Pfister, 26, taunts in a video he later posted to social media.

The article continues by saying:

The video spread around the world, and Warrenton police said in a statement the department had been contacted by people in the Netherlands, Ireland and the United Kingdom.

“We take these complaints very seriously and would like to thank all of those who reported the video so the issue could be addressed,”

police said in the statement.

The video appears to have been filmed on March 11 at the Warrenton store, according to court records. Pfister was taken into custody this week, and Warren County prosecutors charged him today. The charge is a low-level felony.