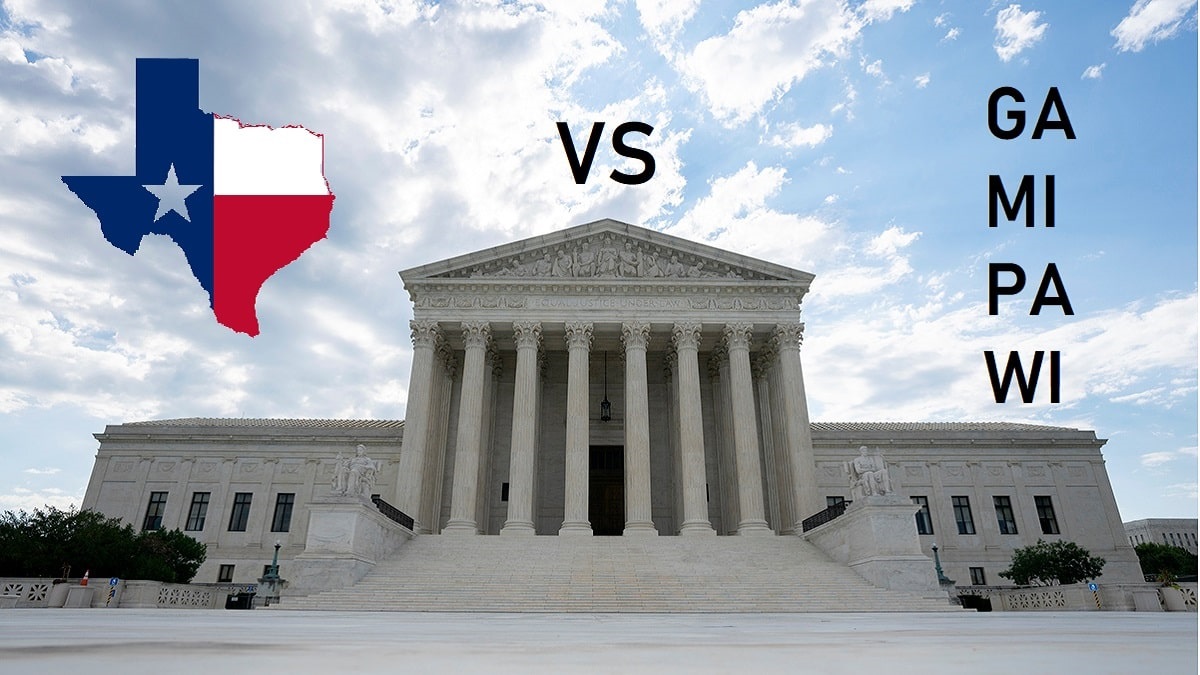 The Supreme Court of the United States has denied the Texas case against four states claiming it had ‘lack of standing’.

‘The State of Texas’s motion for leave to file a bill of complaint is denied for lack of standing under Article III of the Constitution. Texas has not demonstrated a judicially cognizable interest in the manner in which another State conducts its elections. All other pending motions are dismissed as moot.”

This situation is breaking and will be updated as it unfolds.