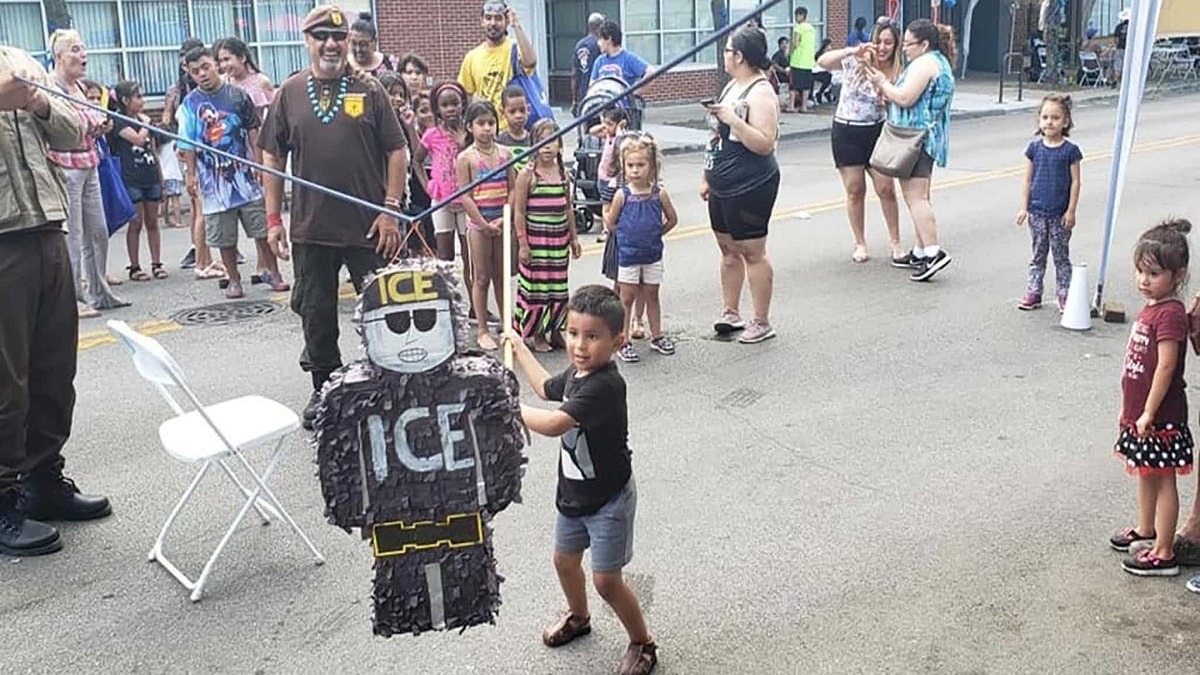 Chicago, IL – Children took turns beating a piñata that was created in the likeness of an Immigration and Customs Enforcement (ICE) agent during a community block party on July 13.

The “East Side Community Day in Chicago” community event was hosted by a chamber of commerce comprised of 25 local businesses, FOX News reported.

Videos and photos of the scene showed the kids as they lined up for their turn to smash the ICE agent-themed piñata with a large stick.

Many were encouraged by their parents, and some people even held their small children so they could help them to strike it.

“The older [kids], of course we let them know what it meant. We teach them what it meant,” Los Brown Berets Chicago chapter leader Anthony Martinez told WBBM.

Martinez said that his group ordered a Batman piñata, then modified it to resemble the appearance of a white ICE agent.

The group also collected money from kids who wanted to take a swing, and said that the proceeds will be used to help asylum seekers, FOX News reported.