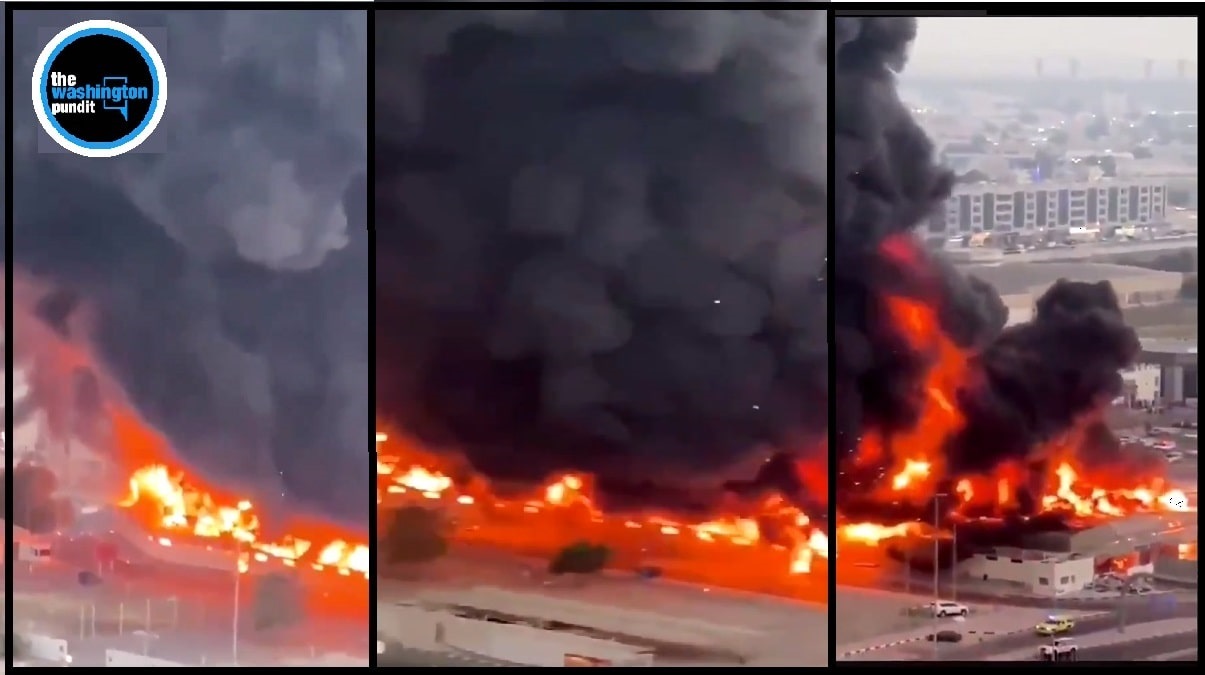 Explosions could be heard as a massive fire engulfed the Ajman Market building in Ajman, United Arab Emirates (UAE). The Ajman Civil Defense say the fire is now under control and crews are implementing cooling operations.

No casualties have been reported.

The fire comes on the heals of a massive explosion in Beirut that killed over 100 people and injured several thousand others, devastating the port city and overwhelming hospitals. Crews continue to look for the missing and injured.

One Twitter user commented on the Ajman Market fire:

Flame color indicates high temperature up to 1000°C, the thick black smoke indicates a kind of incendiary. This fire doesn’t look as if it had any time to developed, it just went ablaze. Arson.

This is a developing story and will be updated as information becomes available.