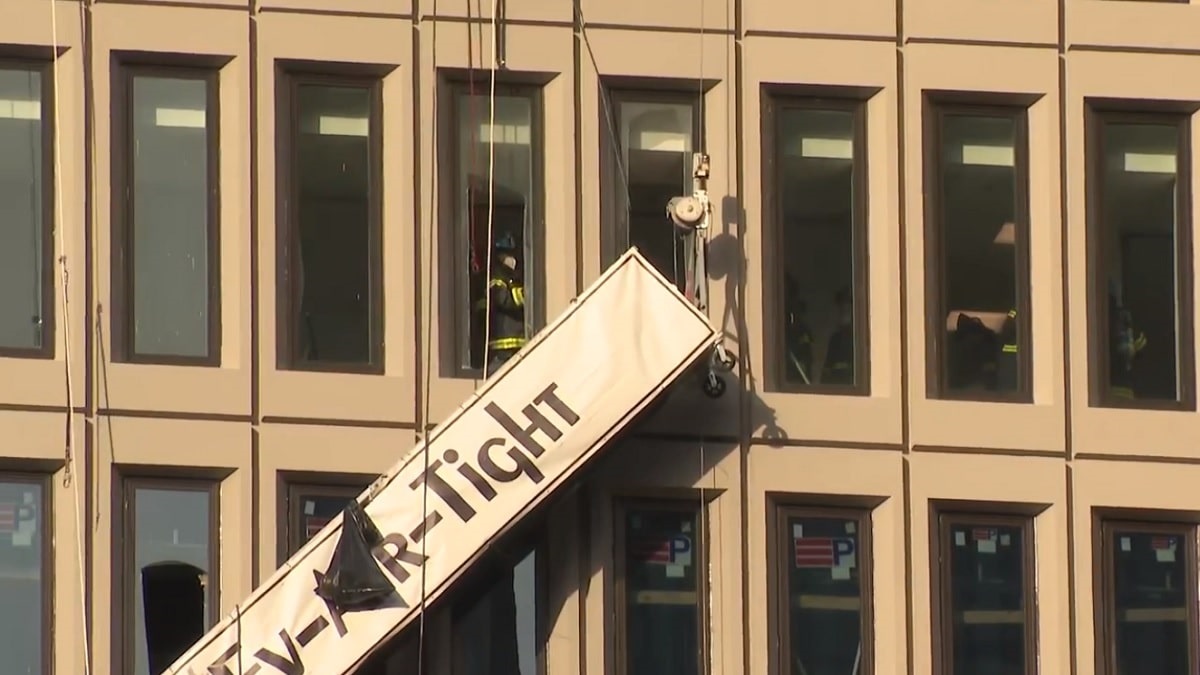 This summer there were a series of explosions around the world. At the time, there were several blasts daily and people were beginning to wonder if these explosions were linked. Well, it seems to be happening again. We just reported on a major blast at a pharmaceutical plant in Taiwan. Now, there are reports of a possible gas explosion at a high rise building in downtown Baltimore.

Oddly, Baltimore happens to be one of the sites of an explosion earlier this year as well.

The explosion occurred at 39 W Lexington Street in downtown Baltimore, which is thought to be the address for the gas company BGE. Baltimore Firefighters IAFF Local 734 were among the rescue crews called to the scene. Upon arrival, they found evidence of a gas explosion on the 16th floor of the building.

The current blast has injured 7 people. A window washing scaffolding could be seen dangling from the side of the structure. At least two people were rescued from the scaffolding.

The situation is developing and will be updated as information becomes available.